THE EARLY YEARS OF SHOE MAKING

All over the world, until the mid-1800s, shoes were made by hand. Technological innovations then made it possible to produce shoes industrially in mechanised plants. The first shoe factories in the leading industrial nations were founded towards the end of the 1850s.

Finland’s first shoe factory, Tampereen Jalintehdas, began operations in 1875 near Hämeenpuisto Park. Its first efforts remained, however, short-lived. Only the factory in Korkeakoski, founded at the end of the century, managed to establish operations that lasted into modern times. It was also at the turn of the 20th century that Emil Aaltonen’s workshop in Hattula was turning into a mechanised shoe-factory.

One problem shared by all Finnish pioneers in shoe manufacture was the nation’s prejudice against factory-produced footwear, an attitude further promoted by shoe makers who feared losing their jobs. At the turn of the century almost all Finns were wearing hand-made shoes and boots. Society was changing, however, from a subsistence economy to one based on commodities and money. This transformation was most clearly visible in an industrial town like Tampere where labourers had to buy all their necessities, e.g. clothes and footwear, with money.

Emil Aaltonen (Widell until 1890) was born in into a smallholding family in 1869 in the village of Metsäkansa in Sääksmäki. Following the famine years, the family lost the farm and Emil’s father went to work on the railway in Toijala. His father died when Emil was only ten years old, and the family’s seven children were brought up by his mother.

Emil, who had dreamt of becoming a blacksmith, was, apparently because of his physical frailty, sent to become a shoe-maker’s apprentice at the age of 13. Shoe makers would travel, with their apprentices, from house to house, carrying only the necessary tools of their trade: lasts, a knife, an awl, pincers and a hammer, wooden nails and pitched cobbler’s thread. An apprentice’s annual wages were a pair of trousers, a shirt and a pair of shoes.

After three years as an apprentice Emil worked for two more years for Master Grönlund in Nihattula where he learned to make and repair finer shoes and boots.

Emil Aaltonen was 19 years old and a master shoe maker, when he began as an entrepreneur, first on his own – soon with his younger brother as apprentice – in a rented space in Nihattula. At first winters were spent, as before, touring the countryside from house to house. At the workshop too footwear was made by hand with just one sewing machine to help. Aaltonen gleaned experience from the more demanding commissions he received from Russian officers posted in nearby Parola. And, in contrast to some masters who even refused to repair factory-made shoes and boots, Aaltonen purchased factory-made footwear from his clients, and then took it apart carefully in order to see how it had been made. 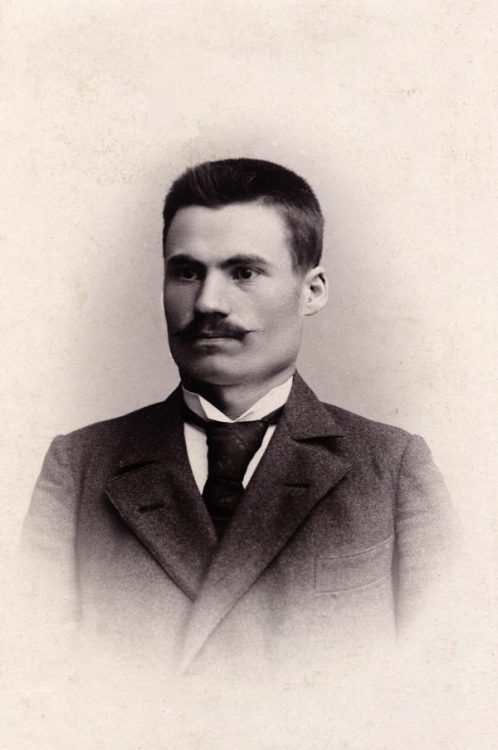 Aaltonen then acquired larger premises on Hattula’s Linnamäki-Hill. The number of sewing machines rose to ten and at its largest the workshop employed 15 workers. His goods sold well, both in Helsinki and in Hämeenlinna where Aaltonen had two shops.

In 1896 he married Olga Malinen. It was on his wife’s initiative that the goods’ selection widened to include oilskin coats and tobacco pouches and gloves made out of leather off-cuts. 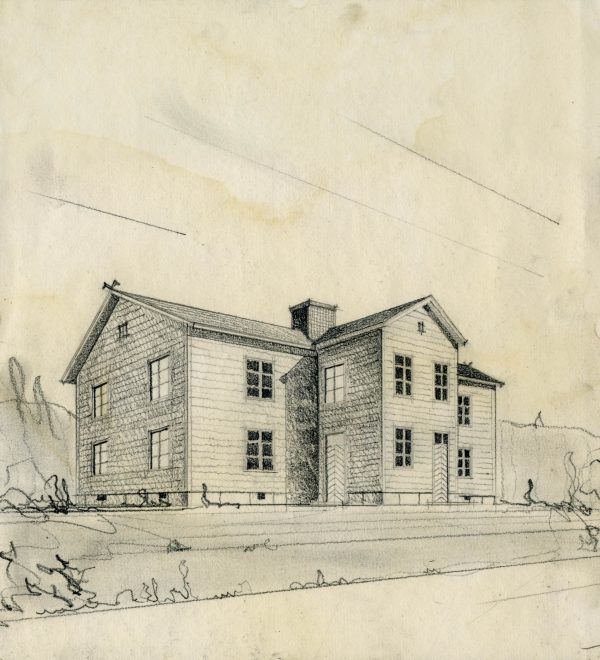 In 1902 Emil Aaltonen bought some used, originally American, machines and founded Hattula Footwear Factory. Production expanded, and the old premises became too small. A two-storey log-built factory, designed by Aaltonen, was completed in early 1904. There were 50 workers, and the same number of shoes were made each day. The factory-made shoes sold well, since they were found to be good value and long-lasting.

In the winter of 1905 the factory burned down completely and only some of the machines could be saved. But worse was to come. In May, his wife Olga Aaltonen passed away. The troubled industrialist considered various options: giving up shoe making or building a new factory in Hattula, Hämeenlinna or Tampere.

Emil Aaltonen chose Tampere as the location of his new factory. Tampere was already an industrial town. Of almost 40 000 inhabitants, two thirds worked in industry, mainly in textiles. There was no shoe factory in Tampere.

Aaltonen bought the buildings of the bankrupt Tampere Cane Factory in Tammela at Kyllikinkatu 19, where production was started already in 1905 under the name Tampere Shoe Factory. Operations got swiftly underway so that in its first full year the number of workers grew to 100 and production to 20 000 pairs. 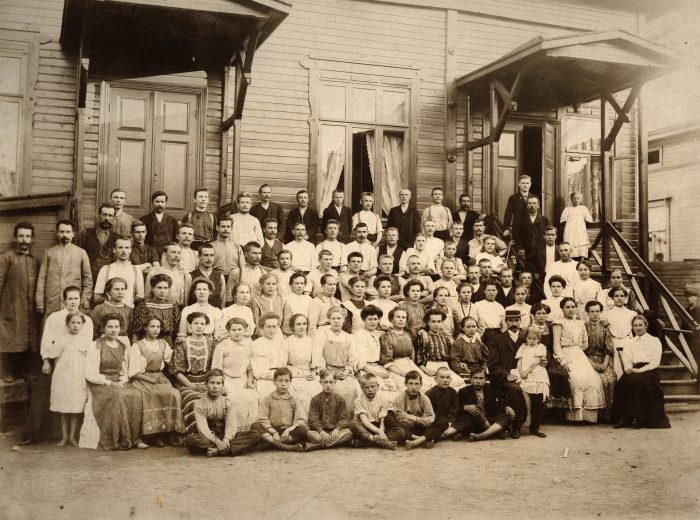 Employees in front of the Tampere Shoe Factory in 1907.

Soon after Tampere Shoe Factory other shoe factories were established in Tampere. Some of them grew to be large competitors to Aaltonen’s production plant. In 1910 as much as 75% of the entire country’s footwear production was in Tampere which thus came to be known as the capital of shoe-makers.

To expand his operations, in 1910 Aaltonen purchased the neighbouring block on Tammelan Tori, newly vacated by a wallpaper factory, and transferred operations there. Between 1913 and 1928 a beautiful factory building, designed by the architect Lambert Petterson, took over the entire block.

Tampere Shoe Factory was made a shareholding company (Osakeyhtiö or Oy) in 1917 under the name Aaltonen Shoe Factory (Aaltosen Kenkätehdas Oy). Control of the company remained in Aaltonen’s hands. It had become large, its employees making up a third of all workers in the country’s footwear industry.

Aaltonen Shoe Factory’s key social contribution was to make it easier for its workers to find housing. For example the company constructed large residential blocks, Pikilinna (1924), Sorsapuisto (1937) and Akonlinna (1941). By offering low-interest loans to employees it also helped them construct their own houses.

The war years were generally a period of growth for Tampere’s shoe factories. Their greatest challenge was the depression of the 1930s during which even large plants were closed down. Of these, Aaltonen bought two of the better known ones, Attila and Solena. Korkeakoski Shoe Factory had been bought already. The division of labour between these plants was such that Solena manufactured lighter shoes for ladies, Attila welted shoes for men and women, and Korkeakoski boots and shoes for men. 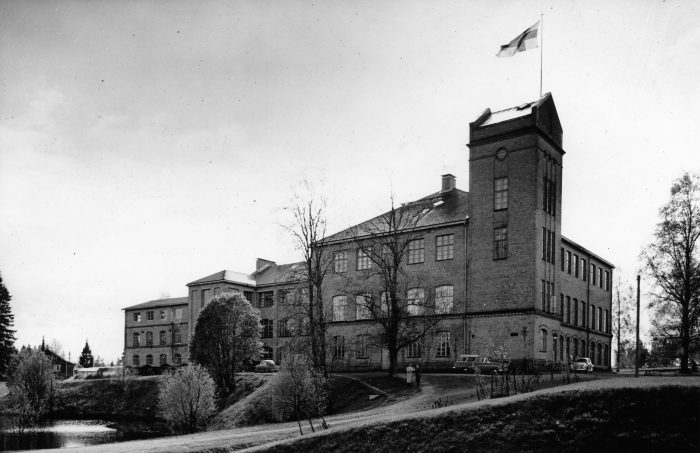 The plants operated as sister companies in competition with each other until 1940 when they were merged into Aaltonen Shoe Factories. The Company had over 1300 employees.

To secure raw materials for the growing production, Aaltonen gained ownership of Viiala leather factory in 1925. After its expansion it was capable in practice of satisfying the leather needs of all the company’s plants.

The Hattula Footwear Factory mainly made black ankle boots. In the 1910s the Tampere Shoe Factory produced about twenty models a season. Fashions were of only secondary importance after durability, comfort and value for money.

At the end of the post-First World War slump, Europeans became conscious of changing fashions. In rural Finland habits died slowly and the black ankle boot remained popular. In the towns, however, people followed European fashions and admired foreign footwear. Aaltonen Shoe Factory, for whom the emblematically Finnish trademark Vakuuskenkä (Assured Shoe) had been so important, set to developing ladies’ fashion shoes under, among others, the Nelly-trademark.

After the depression, towards the end of the 1930s, Aaltonen Shoe Factory’s range grew to include about 4 500 models, and from two colours, black and brown, its colour choices expanded to almost 600.

Oy Lokomo Ab was established in Tampere in 1915 as a locomotive factory. Emil Aaltonen was one of the original share holders. After ten years it transferred practically in its entirety into Aaltonen’s ownership. 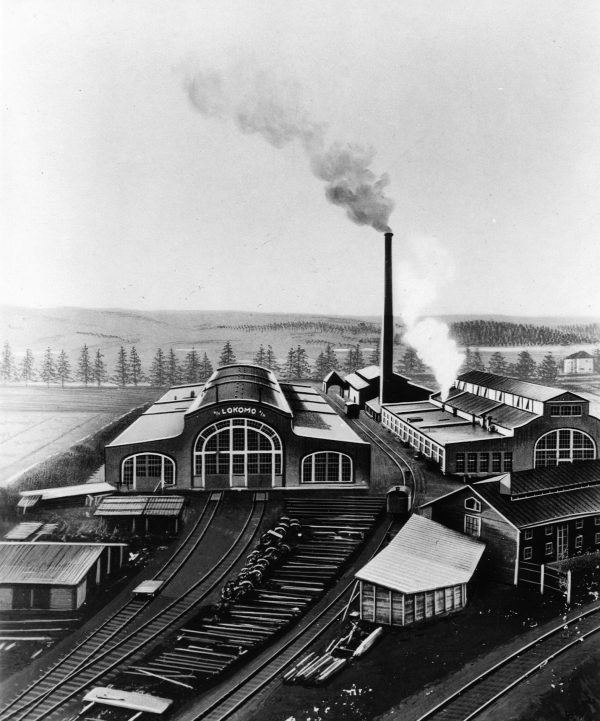 In addition to locomotives the factory produced anvils, road-building equipment, anchors and tramway components among others. The cellulose industry and Ministry of Defence were significant customers in the 1930s. During the Second World War, Lokomo worked primarily for the national defence forces after which war reparations kept it busy. Under Aaltonen’s ownership the company grew into a production plant with 1 300 employees.

Founded in 1921, Sarvis was the country’s first plastics manufacturer. Aaltonen was enticed by shares in the company – and later to take it over almost completely – because it offered the opportunity to utilise, in manufacturing itself, residues left over from the production of skimmed milk at his estate in Mäntsälä.

Sarvis produced galalith, which resembled genuine bone and horn. At first it was used to make buttons, combs, pens and sewing tools. After a couple of years began the production of lamp shades which were to become extremely popular. 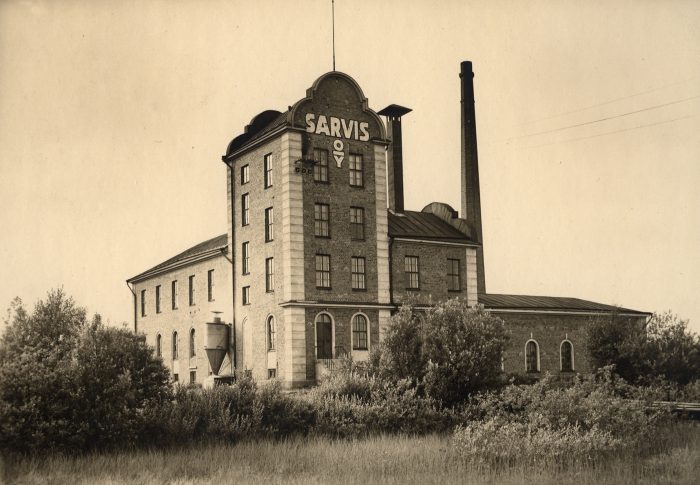 When, after the Second World War, the plastics industry really took off, Sarvis with its 400 workers was among the largest in the country. The factory produced components for the automobile, aircraft, and textiles industries among others, and even such unexpected products as cameras and vinyl records.

The visual arts and farming were most prominent among Emil Aaltonen’s pastimes. He was also interested in, for example, astronomy.
Aaltonen created a collection of 250 art works, sizeable in the Finnish context, part of which is now on show in Pyynikinlinna. His first art purchases were made in the 1920s already, but it is only possible to speak of a real collection two decades or so later. A main motive for acquiring Pyynikinlinna was probably to house the collection properly.

Having spent his childhood in the countryside, Aaltonen was always drawn to farming. In 1917 he purchased Andersberg, or Ylikartano, in Mäntsälä, an old aristocratic but run down estate. It comprised 2 600 hectares, 850 of which was under cultivation. Livestock included hundreds of cattle and about a hundred horses, among others.

Aaltonen improved the estate so that it became a link in an industrial production chain.

His innovations were particularly forward thinking. For example, the casein from the estate’s own dairy was taken to Sarvis where it was made into galalith. Being proprietor of a locomotive factory, he had four-kilometres of narrow gauge railway constructed to facilitate harvesting around the estate.

Emil Aaltonen felt that growing economic well-being was only possible where national culture was on a high level. And so he wanted to give a portion of the wealth he had created in support of Finnish culture.

Aaltonen gave the city of Tampere the necessary capital for building a new library. When it was finished, a memorial statue for the author Aleksis Kivi, by Wäinö Aaltonen, was erected at its entrance, also largely financed by a gift from Aaltonen.

The University of Turku received several gifts. Of particular significance was Professor U. L. Lehtonen’s collection of almost 4 500 volumes, purchased for the University Library.

To his parish of birth, Metsäkansa in Sääksmäki, Aaltonen donated a village church. He also helped finance the construction of churches in Korkeakoski and Viiala. 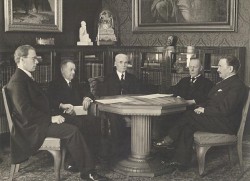